In environmental treatment, Tri Viet and its joint venture partners have actively participated in large domestic environmental treatment bidding projects, especially projects on serious dioxin-contaminated soil environmental treatment. Serious dioxin contamination was due to a large amount of herbicides stored at Vietnam’s military airports (Dioxin is a byproduct of the herbicide mixture production with “Agent Orange”, which was used during the US Army’s war in southern Vietnam. This toxic substance persisted in the air, water and soil for a long time. Dioxin-contaminated soils often become sediments in ponds, lakes and rivers and later pass onto fish and other animals). 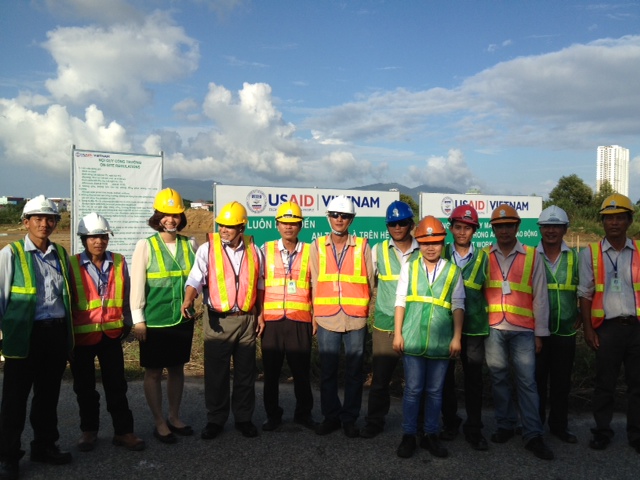 “The great amount of herbicides, which contain high content of Tetraclodibenzo-p-dioxin (TCCD) left on the southern Vietnam environment through the war, has been causing serious consequences to the health of millions of inhabitants and former soldiers living all over Vietnam. Millions of Agent Orange/dioxin victims have to suffer from various types of diseases: cancer, immunodeficiency, reproductive complications, birth defects, etc. Especially, at several airports such as Bien Hoa, Da Nang and Phu Cat, heavy Agent Orange/dioxin-contaminated spots (environmental “hot spots”) exist, the dioxin (2,3,7,8-TCDD) contents in soil and mud in these spots are hundreds and thousands times higher than the acceptable thresholds (1000 ppt TEQ for soil, 150 ppt TEQ for sediment).

Aware of the hazards of Agent Orange/dioxin and poisons existing after the war to human and the environment, the Government of Vietnam has implemented many activities after the war to mitigate the negative impact and recover the environment. Especially since 1995, the Ministry of Defense of Vietnam has implemented many research projects as well as investigation, collection and treatment projects. In recent years, most studies on dioxin contamination level in Vietnam have been carried out within the scope of national dioxin program with higher international cooperation, including: Canada, Japan, Germany and USA as well as funding from international organizations in Vietnam, such as: UNDP, FORD fund and United States Agency for International Development (USAID).”(cited from the Summary Report of the dioxin contamination at three hot spots: Bien Hoa, Phu Cat and Da Nang airports under the “Environmental Treatment of Dioxin-contaminated Hot Spots” Project implemented by the UNDP and the 33 Steering Committee Office)”

The Government of Vietnam and other organizations reached a consensus to implement a two-stage approach to clean up the dioxin-contaminated environment at the hot spots: